You may remember that we helped Fenwick unveil their Christmas window display just a couple of weeks ago but that isn’t all! The famous department store is all about spreading Christmas cheer to their customers throughout the Holiday season and this is where we step in, providing numerous entertainment acts throughout their stores to keep spreading the fun.

This week we have been fortunate enough to provide three acts in the form of ballerinas, meet and greet act Holly & Ivy and a stilt walker dressed as a tin man (complete with drum!) What could be better than that?

Let’s talk about the stilt walker! The first thing that you will notice is the way that he looks down at everybody from up on high. Dressed in a stunning costume of red and white, with a hat to further increase his height, he would occasionally tap his drum as he introduced himself to shoppers! He was definitely hard to miss and added a superbly festive flavour to the Christmas launch night, almost appearing as if he had emerged direct from Vulgaria in Chitty Chitty Bang Bang! (Bet you didn’t remember that was the name of the fictional land Caractacus Potts and co. visit, did you?) 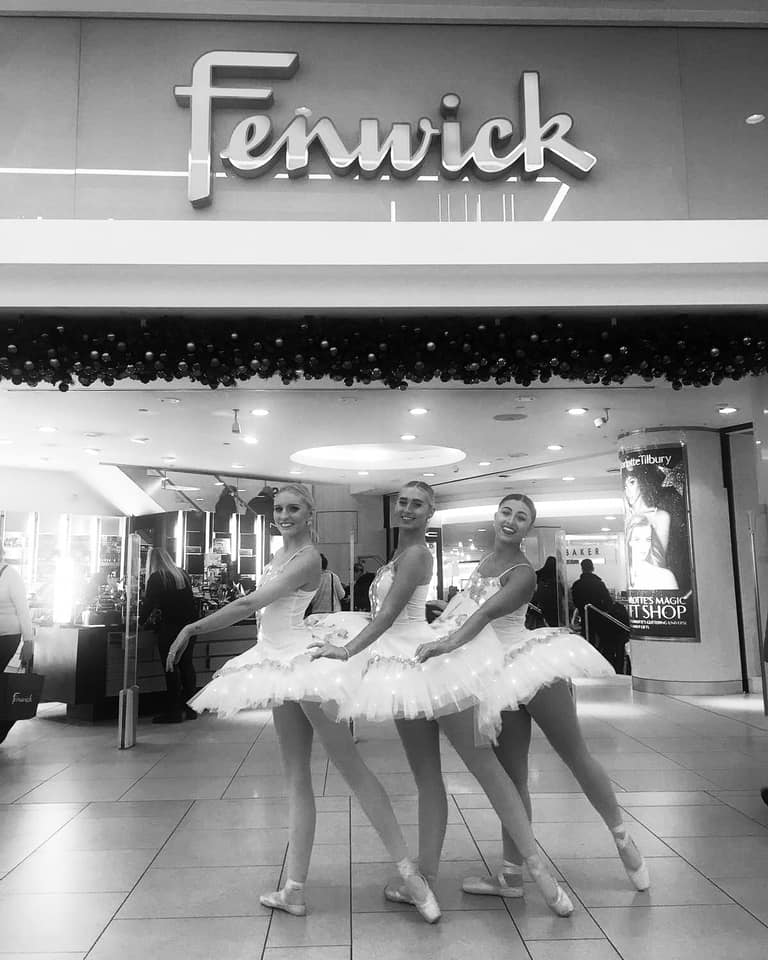 After being taken in by the stilt walker, guests would then doubt spot Holly & Ivy as they drew closer. These spectacular meet and greet performers recently performed at our Christmas showcase in Bristol and have proven hugely popular; we have a multitude of bookings for them over the next few weeks! Resplendent in red and green and with the sort of hair that is the envy of us all, they really are great fun for children and adults alike.

Finally a more traditional form of entertainment. We booked three ballerinas to perform both inside the store and outside. When you consider that Fenwick is in Newcastle, we are hugely grateful for the ballerinas for being able to grace the cold! A wintery treat for the customers of Northumberland Street, they called to mind the loveliness of The Nutcracker and Swan Lake.

We cannot wait to return to Fenwick department stores throughout the next few weeks with yet more entertainment. We hope you will come along and be able to see some of the entertainment for yourself!