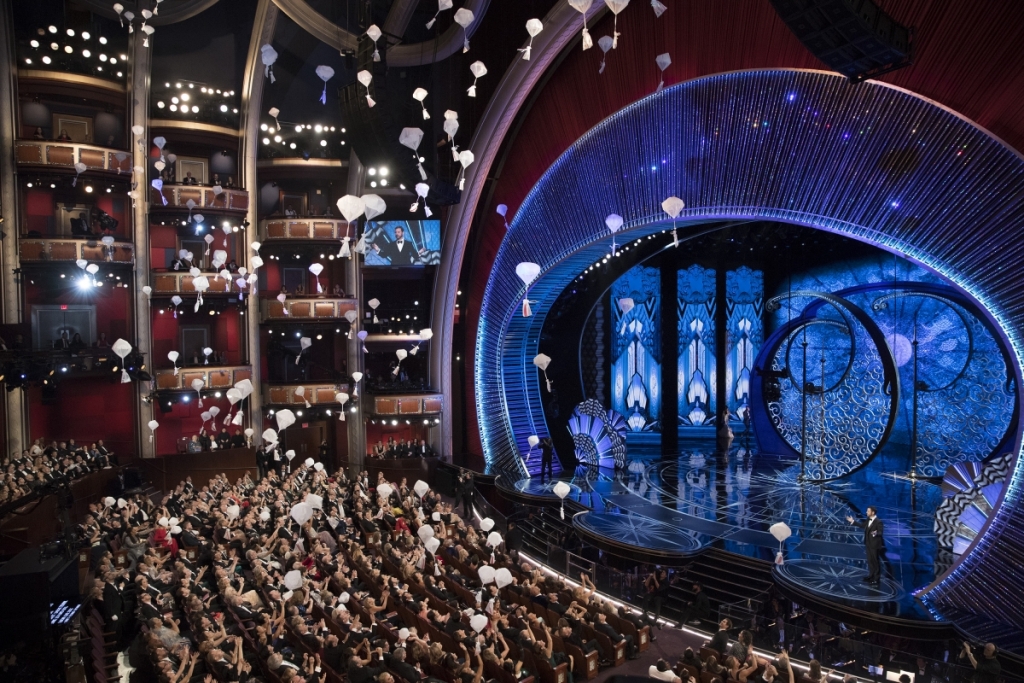 Welcome to our monthly roundup of the best entertainment stories on the internet. This month, we get romantic, make it through awards season, and attempt to solve a dance mystery…

And the winner is…

Hot on the heels of our blog about famous awards ceremony hosting fails, the Oscars snuck in with one of their own as Warren Beatty and Faye Dunaway mistakenly awarded the Best Film to La La Land, before giving it to the real winner, Moonlight. Just goes to show that even the pros make mistakes when it comes to hosting awards shows.

But let’s get to the important stuff, how was Jimmy Kimmel’s performance? Pretty good, by all accounts. The talk show host surprised guests by inviting tourists into the ceremony and took a few crowd-pleasing digs at President Trump. Not a bad first outing.

While it was a good night for La La Land, the film has faced something of a critical backlash in recent weeks; this guide to the Best Score nominations managed to take a few pot shots, and elsewhere jazz musicians are apparently displeased by its portrayal of LA’s jazz scene. Whether or not their criticism rings true is up for debate, but one can’t help think of the old joke about how many musicians it takes to change a lightbulb (11, one to change the lightbulb and another 10 to stand on the sidelines discussing how they would have done it better.)

The jazz “scene” has, of course, changed plenty since the heyday of West Coast jazz with many choosing to discover new music through means other than vinyl stores and live jazz clubs. This piece offers some helpful hints for exploring jazz in the digital age covering everything from streaming, to YouTube channels, to some of the most knowledgeable social media accounts.

Aside from the Oscars, February is also the proud host of Valentine’s Day, which is either a holiday with roots in the ancient Roman fertility festival of Lupercalia; or a scam dreamt up by the Hallmark Company to sell more greeting cards. Either way, it’s a good time to reflect on all things romantic, including the songs that remind famous musicians of their first crushes and comedians’ thoughts on the perils of modern romance.

Sticking with romance; what’s the worst place for a first date? Motorway service station? Abandoned train yard? Haunted abattoir? (Just a few off the top of our heads.) But no, it’s none of those. If this piece in What’s On Stage is to be believed, it’s the theatre; where misery abounds at every turn in everything from Shakespeare to Dream Girls. But we’d suggest that perhaps if your relationship can’t make it through a production of The Glass Menagerie, it’s not made for the hardships of marriage, children, and y’know, the ravages of time.

(*That’s another attempt at a music joke, by the way.)

A twist in the tale

Finally, a bit of a dance / sports mystery: did you know that when ballet dancers turn they generally turn clockwise (CW), but most gymnasts, figure skaters and divers turn anti- or counter-clockwise (CCW)? After examining everyone from Bolshoi’s Svetlana Zakarova, to Michael Jackson and Fred Astaire, one writer comes to a shocking conclusion:

For more of our thoughts on entertainment and the events industry, be sure to follow us on Twitter.