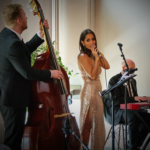 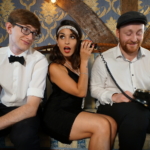 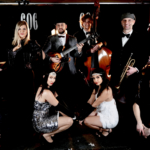 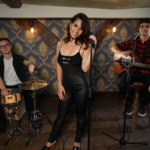 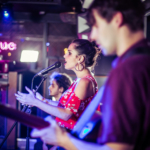 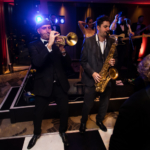 1920s go pop! The Southside Fizz provide stunning renditions of your favourite top 40 chart tracks in a classy 1920s style, performed by world-touring musicians at the top of their game. In addition to playing Gatsby-era show tunes, the group also cover 30’s, 40’s and 50’s to present day.

The Southside Fizz is a London based band who just love making music. They have been on incredible music journeys, both together and individually. Performing around the world in the greatest cities such as London, Paris, Abu Dhabi, Nice and New York and at venues such as The Shard and Michelin-starred restaurants around London. The musicians in the band have worked for artists such as Peter Andre, Shakin’ Stevens & Ollie Murs, so know exactly how to work the room!

They have several band set-up options for you to explore:

– Girly group (3 female singers plus the quartet or 5 piece)

– Male group (1 Male singer plus the quartet or 5 piece)