A Manchester-based comedian that will have you rolling in the aisles.
Find more acts... Close 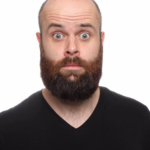 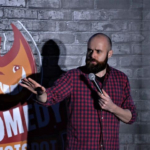 Pete Phillipson is a Manchester-based comedian that has been building a name for himself on the stand up comedy circuit as a fantastically funny act over the last few years mixing fast paced observations and routines with wonderful characterisations.

Pete is able to command an audience as well as he commands a variety of accents, wearing his comedy heart on his sleeve and leaving the audience in hysterics at his misfortunes and frustrations with the minutiae of everyday life.

Pete Phillipson performs regularly at some of the biggest comedy clubs in the country as well as recently branching out to the international scene playing venues in Norway and Belgium. In 2017 Pete was part of the prestigious AAA showcase at The Edinburgh Fringe Festival, performing as MC for the entire month.