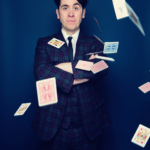 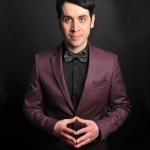 Pete spent his teenage years practicing magic and got his big break after stripping to his underpants in his back garden to audition for Channel Five’s “Monkey Magic”. A gifted comedian as well as an illusionist, Pete’s as likely to cause gales of laughter as he is to cause gasps of amazement.
Pete has starred in British television magic shows for Channel 4, Five, and Sky One including Monkey Magic (Five), The Greatest Magic Tricks in the Universe… Ever (Five), Monkey Magic 2 (Five), The Secret World of Magic (Sky One), and Dirty Tricks (Channel 4).
Please click here for a video.