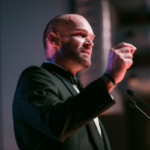 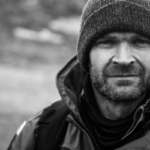 Monty Halls is an adventurer, presenter, marine biologist and former Royal Marine who has led teams through some of the most demanding environments around the globe. From discovering prehistoric settlements to photographing the most dangerous species on Earth, Monty has done it all and his unwavering passion and charisma have seen him become a hit on TV screens across the UK.

First coming to prominence when leading a team of scientists to India in search of a sunken city, Monty has since documented his travels for numerous channels including BBC2, where he showcased his experiences living in some of the most remote parts of Scotland, as well as Channel 4 and Channel 5, where he visited some of the world’s most interesting underwater locales and pushed participants through some of the most gruelling challenges to see who emerged as ‘Superhuman’.

A superb speaker that is guaranteed to capture the imagination of the room, Monty can talk about his experiences avoiding gun-toting poachers, circumnavigating the globe (no less than three times) and how we can learn from animals, ecosystems and local communities to better ourselves and the future. An acclaimed presenter and author who is sure to impress, Monty Halls really is an excellent choice for any event.

Monty was excellent. Many reports have been received and confirm that Monty was one of the best after-dinner speakers we have ever had.