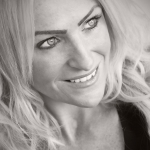 Keedie is a classical singer who shot to fame when she reached no.2 in the charts with Duncan James from Blue. She also had a top 20 hit with ‘Jerusalem’ alongside the England cricket team when they won the Ashes in 2005.

No stranger to large events, Keedie has shared a stage with huge names like Tina Turner, Diana Ross, Whitney Houston, Meatloaf and Rod Stewart, and she’s performed all over the world at events in Dubai, Abu Dhabi, Singapore and Barbados. Keedie was also part of Nelson Mandela’s 90th birthday celebrations in Germany’s Allianz Arena alongside Ladysmith Black Mambazo, Bala Bro’s, and UB40.