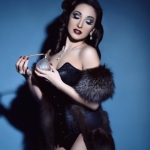 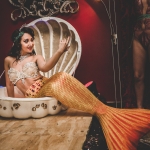 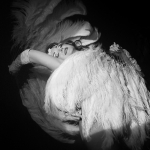 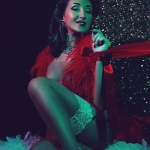 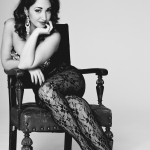 Singer, dancer and burlesque pioneer Jolie Papillon is an award-winning burlesque artist and one of Europe’s most revered showgirls.

An exquisite dancer and vocalist, she manages to combine the sensuality of burlesque with the theatricality, skill and intelligence of an all-round entertainer.

She has entertained for corporate events, private parties and headlined numerous cabaret nights. Famed for her splendour, she is a true performer that guests absolutely adore.

Jolie Papillon has appeared on numerous television channels including MTV and Channel 4 as well as Made in Chelsea on ITV2.  She presented a BAFTA award in 2013, was awarded the crown of Burlesque Idol UK 2011 and headlined shows at the London Wonderground produced by Time Out Live. She was also nominated for the London Cabaret Award as Best Burlesque Act 2014.

“Probably the best burlesque act I have seen”– Sternberg Clarke

“An absolute gem of a performer. Five stars!”– McQueen Shoreditch

“Racy and suggestive, Jolie Papillon excites the crowd, seducing and alluring in an attractive dance number that has you gawking.”– The Upcoming