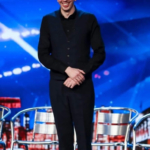 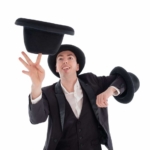 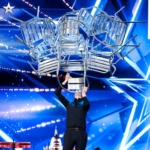 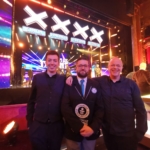 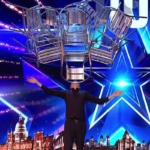 Jay Rawlings is a supreme entertainer that was recently seen on Britain’s Got Talent.

Take a unique mix of comedy, juggling and magic – add a dash of Jay’s infectious charm, and we have the modern face of variety!

Jay’s extraordinary talents have even earned him a Guinness World Record to be televised later this year.

Exuding his own brand of delightfully geeky enthusiasm, Jay’s fast paced delivery and technical expertise have given him a unique stage presence

Versatile and family friendly,  Jay Rawlings has been lucky enough to perform at a huge variety of events worldwide. From corporate events, hotels, award shows and holiday parks to entertaining the team of FC Basel in Austria, and being the first entertainer to perform for the British forces stationed in Brunei.

As well as appearing on many TV shows from the age of 4, Jay has performed for Dame Joan Collins and Sir Cliff Richard in Barbados, is a regular at the Glastonbury Festival and featured in a national advertising campaign for Cadbury.

He creates a warm and friendly atmosphere guaranteed to leave his audience happily mystified and thoroughly entertained!

“This comedy geek treads a comedy/magic path in an extremely original way”
The Stage, 2014