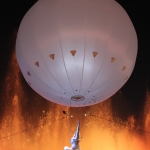 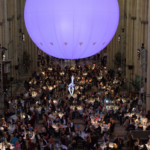 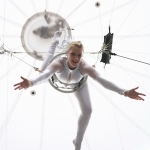 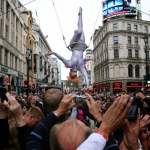 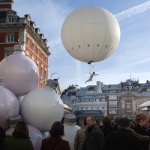 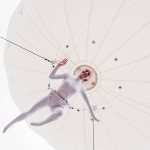 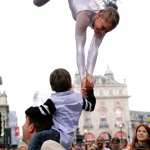 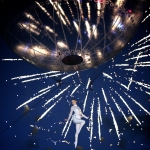 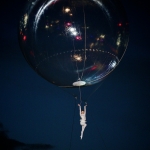 A true spectacle unlike any other, the Heliosphere sees an acrobat performing an incredible routine on a harness suspended from a giant, clear hot air balloon. A colour-changing internal light show makes the balloon especially spectacular at night, but the act is equally magnificent in daylight.  This 20 minute processional act makes for a great centrepiece of an event or suitably grand way to bring the evening to a close. The Heliosphere has delighted audiences in over 46 countries with performances at Sydney Festival, Cairo, and even concealed inside a UFO during a European stadium tour for the band Muse.