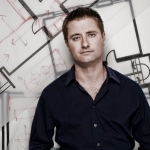 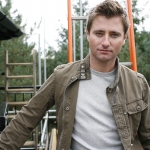 George Clarke, otherwise known as The Restoration Man, after fronting the television programme of the same name, is one of Britain’s most popular architects, having designed for celebrity clients including Simon Fuller and Jamie Oliver. After a number of years in architecture, he has been hired to front numerous programmes on Channel 4 and Channel 5 including Build a New Life in the Country and George Clarke’s Amazing Spaces. He also has written a number of books on the subject.