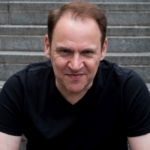 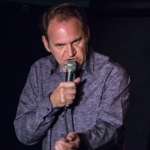 An established and popular compère, as well as a strong and versatile comedian, Geoff has appeared at the Edinburgh Festival, on television and radio and at every notable comedy club in the UK. He is also an established TV warm up.

He is one of only a handful of comics worldwide to have performed stand-up comedy in a pod on the London Eye (for The One Show on BBC1) and has performed his act all over the world, including appearances in Hungary, Norway and Romania!

As befits a comic who’s earned his dues on the stand up circuit, Geoff’s act is slight, sharp and devastatingly funny, featuring plenty of great observations and no shortage of wit.

When you book a comedian or compère, you want to know that you are in safe hands. With rave reviews from the likes of TimeOut, The Independent and the Evening Standard, you can’t go wrong with booking Geoff for your next event. The Radio Times have called him one of Britain’s funniest man and we are inclined to agree!